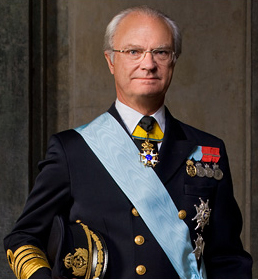 Patron: Ambassador of Sweden to the United States of America 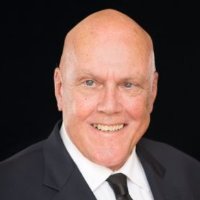 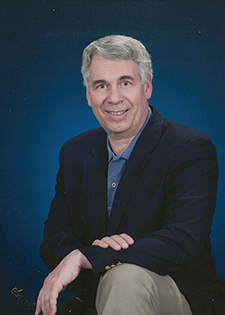 He has long been interested in rare books and archives, having served as President of the University of Delaware Library Associates and as a member of the Friends of the Princeton University Library. He is also a member of the Mayflower Society, the Society of Colonial Wars and the Delaware Historical Society. John is a retired attorney, and is one of our Forefather Members as an 11th generation descendent of Peter Larsson Cock.

John is the main point of contact regarding our efforts to make the Craig Collection of genealogical materials available electronically. 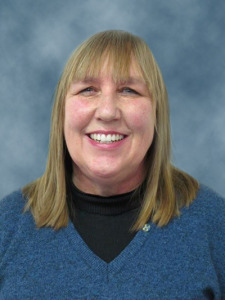 Jill D’Andrea was installed as the Swedish Colonial Society’s Deputy Governor-Administration in April 2014. Jill is the leader of the Webmaster Committee. She recently had published the first brochure for the SCS. Jill has retired as Archives Specialist at the National Archives in Washington, DC, where she assisted researchers working with military records from the Revolutionary War up to World War 1. Jill D’Andrea is an 11th generation descendant of Anders Bengtsson (Bankson) as well as three additional New Sweden forefathers. 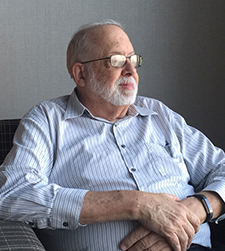 Edward became SCS Deputy Governor—Membership in 2018. He continues also as Archivist, the position he assumed in 2012. He was editor of Swedish Colonial News/ The Swedish Colonial Society Journal, 2013 to 2017.

Born in Iowa, he grew up in Syracuse NY and obtained a BA in International Relations at Syracuse University, subsequently earning his MD degree at Albert Einstein College of Medicine, Bronx NY. He specialized in Pediatrics and Psychiatry until retiring in 2011.

Ed became fascinated with things Swedish through the films of Ingmar Bergman. He has no known Swedish ancestors but his DNA shows a Danish tendency and his ancestors were from Normandy, France, and Danelaw, England. 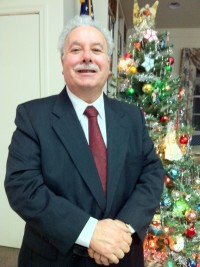 Michael is a former Director of Human Resources, Department of Veterans Affairs. He retired in 2007 after 27 years of exceptional service in the federal government, and is an honorably discharged veteran US Navy. Michael joined Montgomery College, Maryland in 2001 and served as an Adjunct Faculty member until 2012 in the History/Sociology Department. He received his MA Degree from the University of Pennsylvania, Annenberg School of Communications, and Baccalaureate degree in Sociology from Adelphi University. 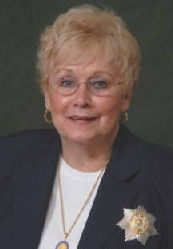 Governor Margaret Sooy (Sally) Bridwell was The Swedish Colonial Society’s 33rd Governor. Before becoming the Society’s first female Governor, Governor Bridwell served as Treasurer, Junior Deputy Governor and Senior Deputy Governor. She also serves on the Board of Directors of the Swedish Council of America, the New Sweden Colonial Farmstead and the New Sweden Centre.

Mrs. Bridwell is a Forefather Member as the 12th generation descendent of Olaf Stille and other Swedish settlers including Hans Månsson. After Ella Stille, Olaf’s daughter, married Hans Månsson, the Månsson name was changed to Steelman. 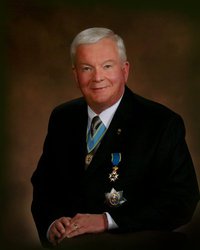 Herbert Rambo brought international visibility and enhanced prestige to America’s oldest Swedish-American historical group during his first term as Governor, and during the Society’s year long Centennial Observance in 2009, he was invited to serve a second time. He chairs the New Sweden 375 Friendship Delegation visiting Finland, Sweden and Iceland in June 2013.

Rambo chaired the 360th and 365th New Sweden Jubilees and is a member of the Executive Committee planning the 375th Jubilee in 2013. He is a past president of the New Sweden Centre, Wilmington, De., where he founded the living history program. He is on the Board of Directors of the New Sweden Colonial Farmstead at Bridgeton, NJ. Herb and his wife Zofia belong to Trinity Episcopal (Old Swedes) Church, Swedesboro, NJ, where his family was among the founders. He is a member of Rising Sun Lodge # 15, F. & A. M., Haddonfield, NJ. 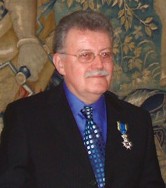 Ninety Years of Growth and Challenge
The Swedish Colonial Society, 1919 – 2009
By: Kim-Eric Williams

Leading American expert in deciphering and translating 17th and 18th Century Swedish script into modern English. Fluent in Swedish, reading knowledge of German. As an historian of early America has published 4 books and over 35 articles and essays. Experience in living abroad, both in first and third world countries. 26 years as a parish pastor active in fund raising, community building, planning, organizing, and public speaking. Experienced editor of two national publications. Trained archivist. 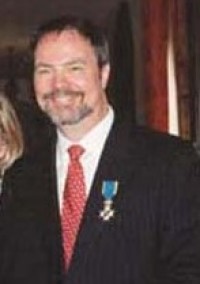 Accomplishments of the Swedish Colonial Society
By: Ronald A. Hendrickson

Ronald A. Hendrickson, Esq., is a 10th generation descendant of the Forest Finn Johan Hendricksson, who arrived with his family in New Sweden in America on the vessel Eagle (Örn) in 1654. His 8th great-grandfather built the “Hendrickson House” which was re-constructed in 1959 at Holy Trinity (Old Swedes’) Church, Wilmington. He has published Swedish Colonial News since 1998. He is a Fellow of the Swedish Colonial Society, served as SCS Webmaster and Senior Deputy Governor, and was Governor from 2003-2005. For service in the Swedish-American community, he was knighted (Kungliga Nordstjärneorden) in 2006 by King Carl XVI Gustaf of Sweden.

2019 Officers of the Swedish Colonial Society

Governors of the Swedish Colonial Society 1909-2019

The title was changed from President to Governor in 1944.